In this exercise, we are going to create a Windows installation media that allows you to perform a clean install of Windows Server 2012 R2 onto a WD Sentinel DS6100. Before getting started, there are a couple of things we would like to mention.

First, if you have any data on your DS6100 you want to keep, back it up. Clean installing an operating system includes wiping your hard drives. We also highly recommend backing up the recovery image in the recovery partition of the DS6100. We have written a guide on how to do this here.

Second, do this at your own risk. Clean installing Windows on your WD Sentinel DS6100 is not something supported by Western Digital. After a clean install on a DS6100, the LCD screen won't work and the system fan will run at full speed. To get these components working, you'll need to install the Windows Essentials Experience role in Windows Server 2012 R2 and the WD components that make them work.

With those things out of the way, let us look at how to perform a clean install of Windows Server 2012 R2 on a WD Sentinel DS6100.

Grab a copy of the Windows Server installation media

Copy the content of your Windows Server 2012 R2 media into a working directory on your computer such as C:\WorkingDir\Win2012R2. We are going to modify the install.wim file in the install media by adding the RAID drivers required by the WD Sentinel DS6100. 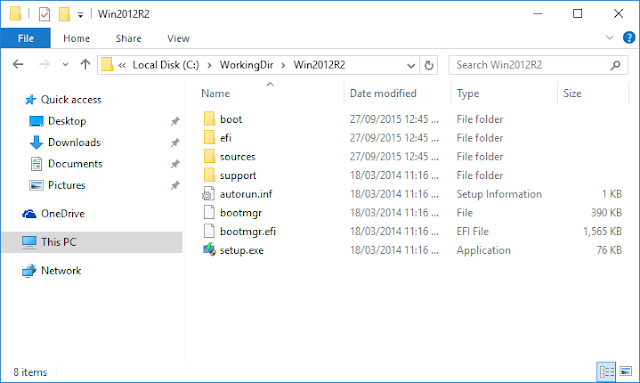 The DS6100 uses a RAID controller in which Windows Setup and Windows Server 2012 R2 does not have the driver for. In order for Windows to see the boot drives in your DS6100, you will need inject a RAID controller driver into the Windows install image.

On a DS6100, go to the directory C:\Windows\System32\DriverStore\FileRepository and copy the files in the folder with the name beginning with mvs94xx.inf_amd64. The four files in this folder contain the driver for the Marvell 94xx SAS/SATA RAID Controller which is used on the DS6100. Copy these files to the directory C:\WorkingDir\mvs94.xx.inf_amd64 on the same computer you have copied your Windows installation media to. 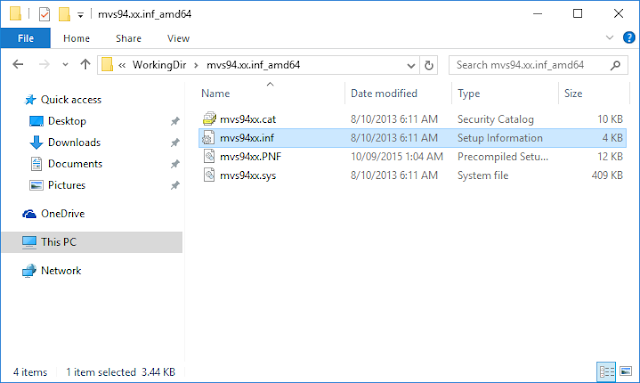 Note that you can use the same files to inject the RAID driver into your Windows PE bootable USB which you will make later in this guide.

Inject the RAID controller driver into the installation media

Create a new folder called mount under your working directory (C:\WorkingDir\mount). Then open a command prompt as an administrator. 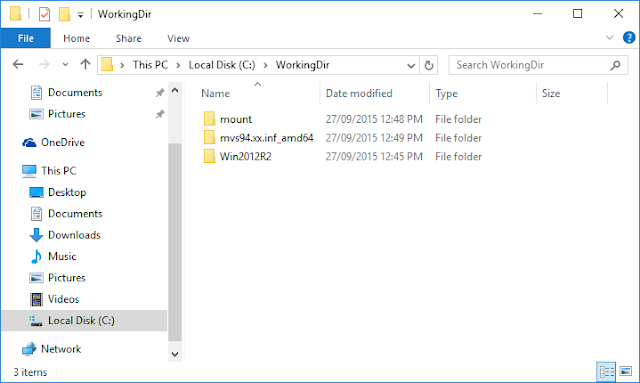 Run the following three commands to inject the RAID controller driver into the first image (Index:1) inside install.wim.
Since there are 4 images in total on a Windows Server 2012 R2 install media, repeat the steps for each of the other images (Index:2-4). Below is a list of what index is which image.

Using our previous guide, create a Windows PE bootable USB with the RAID controllder drivers injected. Once done, copy the folder C:\WorkingDir\Win2012R2 to the root of your Windows PE bootable USB. To boot your WD Sentinel DS6100 using USB, plug it in to one of the USB ports on the back of the DS6100 and turn it one while pressing and holding the recovery button. Once Windows PE has loaded, change the working directory to the Win2012R2 folder on the USB and run setup.exe. 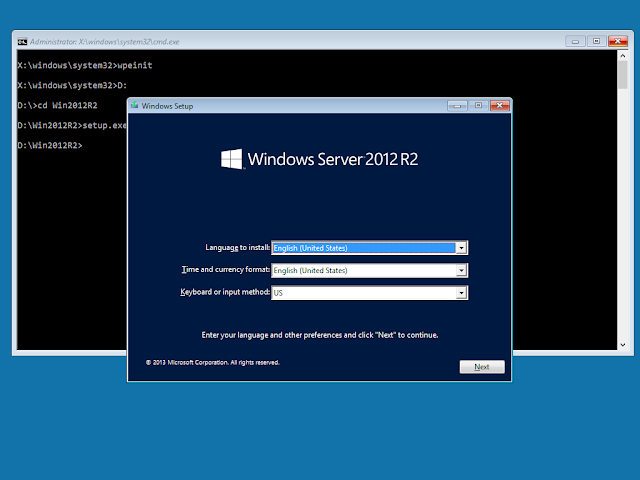 Proceed to install Windows as you normally would by following the Windows Setup wizard.
Posted by Hannah Chan at 1:50 PM